Every Friday we select the best new tracks and videos from all around Scandinavia and present our editorial picks in the New Music Weekly series. Today’s edition is golden in several ways, but see for yourself. In the 14th edition we show you new songs and videos by Penny Police, Skott, The Ghost of Helags, Skylar Fri, MONA, Janice, VETO, Mom & Bear, & ticktock.

Vocals that are as warm as a bed you don’t want to get out of on a cozy February morning and a minimalist musical accompaniment - that’s ‘No Horizon’ by Copenhagen-based Marie Fjeldsted aka Penny Police. This track is the third one on her new EP ‘Train Talk’ which was inspired by a man Fjeldsted heard lamenting the problems of love on a train ride.

Skott - Stay Off My Mind

With a good portion of nostalgia, Skott‘s new clip for ‘Stay Off My Mind’ partially seems like an old classic film. Even though this song is not as heavy as we know it from the young Swede, its background is tragic. The death of a close friend of Skott’s inspired this song and kind of shines through in the video.

The Ghost of Helags - Anthem (We Came from the Stars)

The beginning of this shy Scandinavian duo lies on top of the mountain of Helags where a paranormal experience led them to start making music. Despite the electronic production, ‘Anthem (We Came from the Stars)’ can be characterized by this love of nature that seems to define The Ghost of Helags. Also, this track definitely deserves the title ‘Anthem’.

‘Gold Rush’ - is money the key to happiness? It’s certainly very tempting. The new single by Danish artist Skylar Fri is about the internal war between your actual self and your ideal self. This conflict is described and presented by those ethereal vocals of Skylar Fri, floating over synth-laced melodies.

Let’s stay in the context of that shiny noble metal for a moment longer. Swedish MONA named her debut EP after the chemical symbol for gold: ‘Au’. ‘Royal Water’ is the massive and bassy closing track of the EP.

Janice - You Only Say You Love Me In The Dark

The ball room is empty, the party is over but Janice is still there. She seems enraged, kicking glasses off the table and tearing down tinsel during a furious dance performance. Watch this narrative black and white clip for ‘You Only Say You Love Me In The Dark’.

The beginning of this song, consisting of a sharp cutting bass line and driving drums, is also the beginning of the whole record. The intense ’16 Colors’ is the first song of VETO‘s long awaited fourth studio album. Today, the Danes deliver.

Alternative folk rock outfit Mom & Bear from Odense plan to release their debut album in spring 2018. After a first single with the charming name ‘Everybody Wants You Dead’, the Danes now share the second one: ‘My Will To End You’. It’s loud, it’s intense and it’s driving.

ticktock - A Violence Of Innocence

ticktock from Copenhagen shared a video for the opener and title track of their latest EP ‘A Violence Of Innocence’. Consistent with the rather dark character of their sort of alternative pop, the video makes an irritating, obscure and surreal impression. 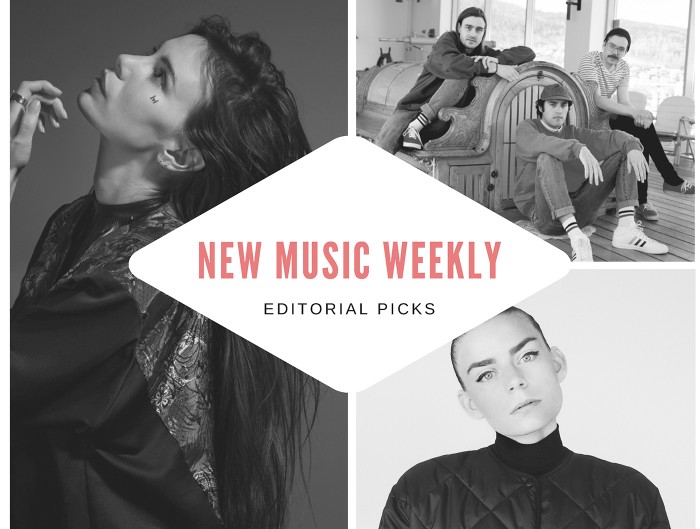