Every Friday we select the best new tracks and videos from all around Scandinavia and present our editorial picks in the New Music Weekly series. One song of last week’s edition made it into today’s selection again. Why? A superb self-made video. Featured in this week’s edition: Easy, HOLY, SUNDAYS, Cornelia Jakobs, Lalume, Favor, ticktock, & The Radar Post.

Easy - I Can Tell You Why

The Swedish indie pioneers Easy who debuted 1990 are back with a clip for their song ‘I Can Tell You Why’. The catchy and joyful track with nuances of Britpop is accompanied by vintage video footage, making us feel a little nostalgic.

An explortion of our relationship with the night - that’s what HOLY’s new album ‘All These Worlds Are Yours’ is. Packed with intricacies and nuances, this music sounds like from another galaxy at times. Listen to the opener ‘Night On Earth’.

With their new single, SUNDAYS from Copenhagen present new sound dimension of the band. After the rather quiet single ‘Passengers Choirs’ the new one -‘Turn’- is melodious and uplifting. After the mentioned two, the release of three more singles is planned. All five together shall make up the A-side of an album in January 2019. The B-side remains secret.

Observant readers of our blog will probably notice that this song has already been featured in last week’s edition. We had to include once again as Cornelia Jakobs has subsequently delivered a video. A self-made choreography video, to be more precise. And everyone’s wearing red.

“Life could be compared to Alice falling down the rabbit hole into a terrifying place of beauty and wonder only to awaken one day to realize it was all a dream.” That’s how LALUME describe their new single ‘Rabbit Hole’. The Norwegian-Australian duo that’s recording songs in the legendary Berliner Funkhaus releases it with a illusionistic underwater video.

Favor from Denmark makes pop music inspired by the 80s, particularly by the female singers and you definitely notice that. After his debut single ‘Hole In The Heart’ (last October), he continues with ‘Slowly Dancing’ now, let’s us peek behind the stage and watch him perform with his band.

Danish alternative pop band ticktock will release an EP on February 2nd, dealing with disappointment, hope, love, curiosity and sex. They give us a first taste with their wobbling single ‘Hatefuck’ that captivates from the beginning on.

A poppy arrangement meets with a catchy melody and yearning guitar riffs. That’s the new single ‘Isabella Says’ by Esben Svane aka The Radar Post. The elaborated songwriting of the Dane creates an appetite for more. How apt, then, that his new album will be out next week. 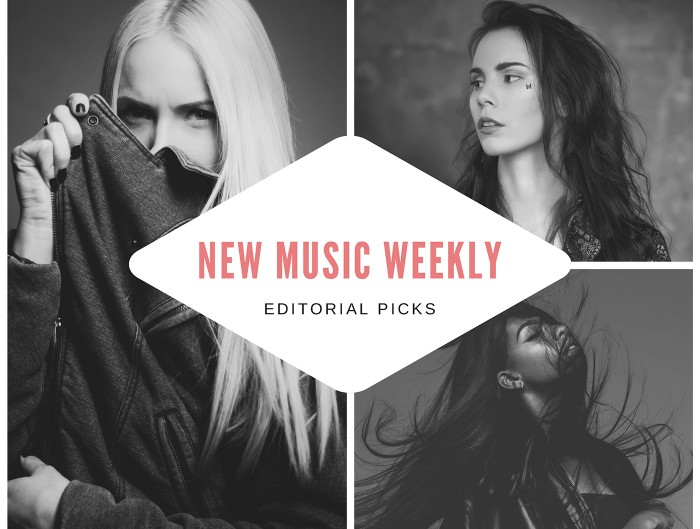