Every Friday we select the best new tracks and videos from all around Scandinavia and present our editorial picks in the New Music Weekly series. Check out this week’s selection with Björk, Elliot, Blaue Blume, Rain on Monday, Carla D’Amore, Tuvaband, East of My Youth, Milano Sun, Old Amica, Fred Nicolas, and The Ghost of Helags.

The Icelandic musician Björk releases the brand new single ‘Blissing me‘ from her upcoming album ‘Utopia‘. Next to the song, the video for Blissing me is out today. Good news: The album follows on 24th of November!

Yesterday Copenhagen-based discopop quartet Blaue Blume started their falls tour in Odense (DK), during which they will also please the German audience in Hamburg and Berlin with their visits. There are four songs that will definitely be heard on the concerts: Today Blaue Blume release their ‘Sobs’ EP. ‘Ebony’, one of the four songs is an epic balad with a clear touch of the 80s and just has to be featured in this list.

Last week, Rain on Monday from Uppsala released their second single ‘Hiding Places’. Contrary to what the band name may suggest, this new song creates a cozy and warm feeling with the raspy vocals of singer Raimond Nurmilampi and a bright 80s arrangement. The video for ‘Hiding Places’ is out today.

The singer, guitarist and songwriter Carla D’Amore was born in New York and moved to Denmark a couple of years ago, where she played many live shows around Copenhagen. She performs her beautiful song ‘Home’ in a secret forest south of Copenhagen - the video is out now!

After their EP release on the 1st of November, Tuvaband recorded a cover song exclusively for Berlin-based online magazine E1NEN HAB ICH NOCH. It’s their interpretation of the 90s classic ‘Just A Girl’ (No Doubt) - and it’s truly brilliant! Check out their recent EP here!

East of My Youth - Go Home

Icelandic electropop duo East of My Youth is releasing a new single today! ‘Go Home’ is catchy and atmospheric electronica at its best, with haunting yet warming bass line and infectious beats.

Indie-pop with a touch of psychedelia - that’s ‘Eldorado’ by Milano Sun, a trio from Gothenburg. With its dreamy vibes and catchy hooks, this track would make a perfect soundtrack for a road trip - windows down, music up!

Old Amica is a two-man Swedish band that creates lo-fi music. With ‘Juli, Göteborg’, the duo delivers a soft and mellow ballad with a lingering dreamy sadness. “A song that starts with an end,” as the band itself describes it. And no, they are not from Gothenburg!

There’s no such thing as too much good electro-indie-pop, so here’s an insider tip: debut single ‘Help’ by Swedish newcomer Fred Nicolas. Something about this guy’s voice makes the song stand out and leaves us reassured: you better put him on your radar!

The Ghost of Helags - Wildest Dreams

Ambient pop, says the description of The Ghost of Helag‘s new track ‘Wildest Dreams’, and that’s exactly what it is. With its pop melody, soft and soothing vocals, and shimmering electronica touches, this Scandinavian Berlin-based duo offers a beautiful and dreamy piece of music. 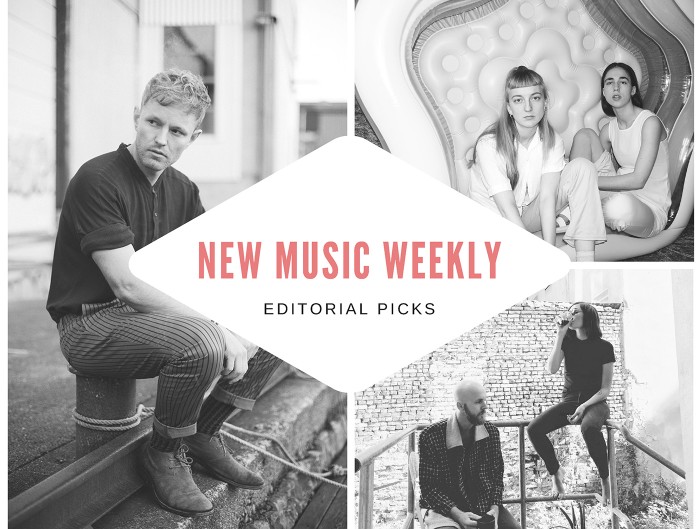