After the high-energetic single Mammoth, BROTHERS AMONG WERA release their eleven-track debut Fictional Takes on ICEA. The band around singer Wera Westholm and Songwriter Linus Hasselberg recorded their album in a small fishing village, far away from the busyness and hectic of Stockholm.

The opener Put A Spell On My Name begins with a “war cry” and develops into an intense folk-rock waltz followed by Mammoth, which holds up the high energy with yet more driving beats and punchy horns. In fact, most of BROTHERS AMONG WERA‘s songs stomp fiercely along with high energy and mix the everyday life with love stories. On the other side stand the ballads All That We Don’t Have, Goodbye’s Okay and the ballad-like Argentina, which show the band’s intimate side. Fictional Takes is an emotional Neo-folk album crossing effortlessly the borders of pop and rock. 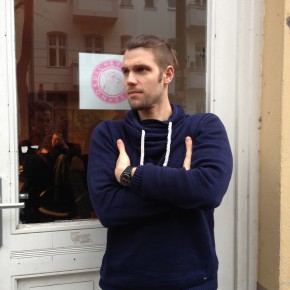