The year 2014 has been full of so much good and interesting Scandinavian music. Some has given us the chills, some the creeps, some has made our hips move more than usual, some has made us want to start smoking, some of them made us quit again. As you can see we’ve been through a whole range of emotional spectres with all the music, we have met. We feel it would be more than fair to share our favorites with you, and therefore we have made a playlist on our Spotify profile with a collection of the 20 best Scandinavian songs of 2014, so you can relive this amazing musical year. Here we go!

Besides from taking up a spot on this Best Of-list, Swedish Ji Nilsson should also take the prize for best mermaid of the year. During the last half year this blue pop princess has become more and more obvious, and ‘Encore’ really convinced us. The singing mermaid Ji Nilsson is here to stay.

Alice Boman combines a dusty, unpolished sound with imaginative melodies and her soft and emotive voice, making this song one of the best Scandinavian love songs of 2014. ‘Be Mine’ - yes we will.

If there were a competition of press pictures, Swedish singer Call Me would have very good cards. ‘Disclosed’ is her third song release and probably everything, that we like about Scandinavian pop music. There is always a satisfying portion of melancholy in there, and a voice that’s fighting with itself.

The whole expression around Adna is natural, earth bound and full of heart, and the first single from her upcoming sophomore album is no exception. When listening to it, you practically feel the wind blowing in your hair and the smell of pine trees fills your nostrils, and who doesn’t love that?

This song by Norwegian Sea Change is a good example of how to build bridges between pop and electronica. The boarders between genres are challenged indeed, and the song takes us into a world of vibrating sounds and feelings.

‘Tomorrow Forever’ is the 7th song on Iberia’s debut album ‘Iberia’, which came out in the beginning of 2014. After listening to the first 6 songs, ‘Tomorrow Forever’ feels like an abstract of everything you just heard before - of music, life and love. It’s the best song, I’ve ever heard in my life and maybe that’s why we shouldn’t be too sad that the band split up before they got their big international break-through. All the good ones do.

As well as Beatrice Eli and Seinabo Sey, Naomi Pilgrim is one of those new, hot Swedish female artists, who are defining Swedish pop music once again. ‘It’s All Good’ is a well-made piece of pop music with a touch of R&B and electro.

2014 was the year for Dinner. After having spent the winter on tinder in Berlin, Anders Rhedin decided to move back to his third home, L.A., and there he immediately got signed to US-label Captured Tracks. Whereas his last EP ‘Girl’ was a rather dark tribute to the divine feminine, Dinner’s new EP ‘OUI!’ feels more like a call for experience of a somewhat more undefined area of existence.

You won’t find a more bubbly and vivid female, Scandinavian singer than Sandra Kolstad. ‘Zero Gravity State Of Mind’, which is taken from her latest album, lifts you up and down, moves you forth and back, and it simply blows you up with life and energy. Like a balloon, maybe..

It rarely gets more 90’s inspired than this, and it just works. The sound of Blaue Blume’s song ‘In Disco Lights’ has such an eccentric and idiosyncratic sound, that it’s hard not to get captured. We wouldn’t say no to a cheek dance with these guys.

Schultz And Forever’s song ‘Silvia’ was one of the heavy-weighing reasons why we made him our Artist of the Week back in October. This song has such an appealing and rough atmosphere, that it kind of tickles in your throat, almost as if you were smoking a cigarette. Or 40.

Danish producer Kasper Bjørke has teamed up with several artists on his new album ‘After Forever’ - among others with his brilliant Danish mate CTM. Their song ‘Sylvia’ is very much in the spirit of CTM, gliding through the fields of pop music and art.

8. All White Everything - JJ

Having produced three full-length albums, it’s no wonder that Swedish duo JJ is capable of creating a touching track like ‘All White Everything’. The beat of this song sets your whole body in movement, and the rusty vocals stick comfortably to your mind.

We found Gidge from Umeå in the Autumn this year, and we immediately made them our Artist of the Week, introducing you to their 2014-released debut album ‘Autumn Bells’. A true discovery. ‘I Fell In Love’ quivers, smiles, screams, struggles, jumps, calms down and stays forever - a perfect love story.

Seinabo Sey is one the upcoming female stars of Sweden, and with her warm, soulful and robust voice she has conquered one of the top spots on this list. Since none of us are getting any younger, this song simply hits us right in the soft spot.

‘On My Fingers’ is the intro song of Iceage’s new album ‘Plowing Into The Fields Of Love’. And ‘Plowing Into The Fields Of Love’ is the exact feeling you get when listening to this piece. After times of bulging and hectic punk hymns with ‘You’re Nothing’ and ‘New Brigade’, Elias Bender Rønnenfelt and band are now plowing with a softer, yet eclectic voice and calming, yet rasping guitars. The result is a masterpiece of thought through story-telling, bearable melodies with a delightful edge and one of the best albums of 2014.

Beatrice Eli definitely belongs to the new movement of young and super-cool Swedish female pop artists. Her song ‘Moment Of Clarity’ is the intro song for her debut album ‘Die Another Day’, which we all deserve - just like the sunshine in July. In a shitty mood? Try this or feel worse!

Iberia will be the only band with two songs in this list, the other one is ‘Tomorrow Forever’. Both are from their same-titled album ‘Iberia’. Even though the song feels like a smooth and glibbery wave of sounds, ‘Glide’ is a call for entering new areas. And this is exactly what Iberia did with their album. They created a new genre, something in between hip hop, techno, EDM and Bryan Ferry.

2. Death To Fascism - The Radio Dept.

A song with this title practically deserves to be the big winner of this list. However, the spot was already taken, so we put them on the fantastic place no. 2.

1. One More - Elliphant and MØ

Whereas 2013 was the break-through year for MØ, 2014 was the year for Elliphant. So why not agree to the most probable female, Scandinavian get-together? The expectations where high - very high, so we decided to be absolutely unexcited to be urghh… excited again. ‘One More’ combines everything that hip hop and R&B made possible for music over the last couple of years. 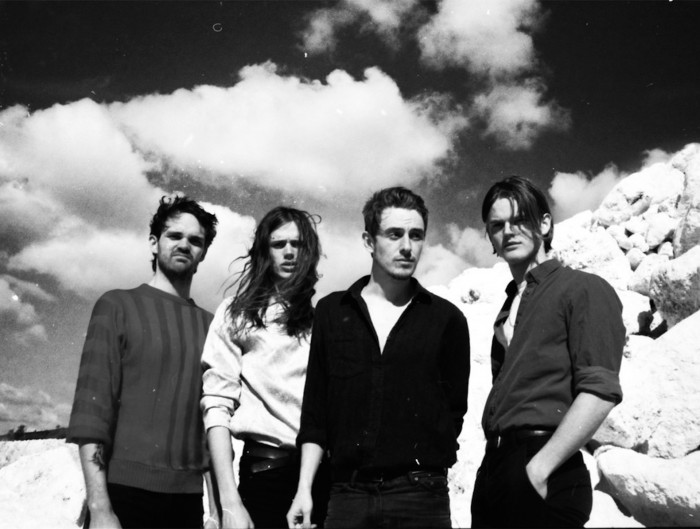