Nordic by Nature’s 15 most relevant Scandinavian newcomers of 2014

Last week we presented our list of the 20 best Scandinavian songs of 2014, and we went through many considerations and tough, difficult hours of thinking to reach the final collection. Looking back on the best and most powerful Scandinavian songs of this year inevitably also made us think about the best Scandinavian artists, and as we are a little (read: completely and extremely) keen on new discoveries, we have made a playlist on our Spotify profile with the 15 most relevant Scandinavian newcomers of 2014. Dig into this carefully, hand-picked selection of electrifyingly new, Nordic artists. You might get struck, just like us!

We rarely see and hear young artists with a strong, heavy and colorful expression like this. Swedish Nadya released her convincing opening track ‘Refugee’ back in September, and when listening to the track you quickly get a clear impression of the artist and rapper Nadya. Both her lyrics, her music and her visual style show her Iranian roots and strong middle eastern influences. This heavy and overly female expression will most certainly make Nadya a more familiar face and voice in the future. The most of her is yet to come. Yay.

Back in September we bumped into this Swedish female rapper, when searching for treasures for our Amazing Sweden playlist. Silvana Imam and her song ‘Svär På Min Mamma’ instantly cast a spell on all us and her distinct, powerful lyrics, voice and style just stuck to our minds. Silvana Imam released her debut album in 2013, so she is not entirely new to the Swedes, but now she also reached our more southern-located ears with her very relevant musical expression, and that’s why she is right here on this list. Those eyes, that voice - woh…

What a name. The club of rhythm. And just by looking at the picture of this Norwegian music collective, you can tell that they are full of rhythm and elastic moves. Who are they? Well, it’s not so easily defined, ’cause they are and do a lot of things. The main thing is, however, that this collective arose from a wish to spread and promote electronic music as an experience. They produce, remix and play, and even though you’ll only find one 3-minute track with them on Spotify, this will give you an illuminating introduction you to their passion, playfulness and eclectic style. There must be more coming. We hope so!

This small Swedish band signed by Adrian Recordings has released two singles so far, and they have both made our skin go goosey. Yes, there is something both emotionally and physically touching in their full, grandiose and distorted sound - and of course in the bombastic voice of singer Julia Ringdahl. Despite being only three persons, Hey Elbow sounds like at least 10 - basically like a whole orchestra, and letting the energy and dynamics of this band ooze into your head and body is truly a pleasure. Their upcoming debut album will be much appreciated.

After playing support for the Drums with his old band Champagne Riot, Danish artist Caspar Bock went broke and was forced to take on a job in advertising. Although his talent seems to have genius out-comings in this area (he won several important prizes), Caspar decided to fight against and founded his solo project Night Sports to invest all his newly made dollars in. Night Sports’ sound is very 80’s, yet also fresh and poppy, and it’s going super well for him: Berlin-based label Motor Entertainment signed Night Sports in the summer of 2014 and released his EP ‘Kids in Europe’.

We are not the only ones who are somewhat excited about this new Swedish singer, producer and mermaid. And no wonder, ’cause there is something colorfully seductive about Ji Nilsson. Both her music and her visual style is pumped up with charming, colorful details and completed pop elements. Listening to some of her latest singles, like ‘Heartbreakfree’ and ‘Encore’ you’re drawn into a vivid world full of lovely ambience, glitter and irresistible rhythms. A full album of such tracks - yes, please. Bring it on.

Here you have the first and only male rapper on this list. He’s from Finland, and he’s called Gracias. Well, that’s what we want to say: Thank you for finding your way to our ears and eyes. With that powerful voice and those strong lyrics, it’s a little hard to understand that this guy is a newbie. He has already released his first album, which is called ‘Elengi’, and its collection of tracks shows a unified expression, exploring many different roads and paths.

Early this year this Danish female artist uploaded her song ‘5AM’ on Soundcloud without any info besides her name and hometown: Kwamie Liv, Copenhagen. Within the next months we got updated with extraordinary hot press pictures and a couple of more songs. The music makes us remember the days of Hollywood and Lana Del Rey, including an obvious and hectic strategy of mystery. The only difference: Kwamie Liv seems to be an actual awesome person in real life as well.

We have arrived at the one and only punk rock band on this list: RA. Five guys from Malmö, Sweden, a classical rock band set-up and an extraordinary intense sound. They are signed to Adrian Recordings and have one EP behind them, and the heavy, black and white, distorted, crude, compact, crooked and ‘in-your-face’-kind of atmosphere it presents is COMPELLING.

Get ready to be blown away by an adventurous and fairy-like artist. It’s Aurora. This young, female Norwegian artist grew up listening to the music of giants (not literally), and now she has started her own path towards becoming an alternative pop giant. Aurora just released a new taster called ‘Under Stars’, which takes us into an electronic universe with hints of dark forests, icy fjords and creaking snow, and this newcomer is one of the reasons why, pop music keeps being so very relevant.

Sweden is all over magazines and blogs again. Why? Because there is a new hype of female artists boiling over the kitchen. One of these new hot mates is Beatrice Eli. Looking like “SHIT! COOL! PUNK YO RIOT GAL CHICK”, Beatrice actually sings the beautiful and tender language of quality pop. Her recently released debut album ‘Die Another Day’ is a total hit machine and includes the modern all-time classic ‘Moment Of Clarity’.

Danish Sekuoia already started spreading his wonky sounds in Denmark several years ago, but now he has finally moved beyond the borders of his home country, and with his soft and rustling electronic sounds Sekuoia has found his way to our hearts. Behind the alias Sekuoia is a young, somewhat shy guy from Copenhagen, who knows how to work synthetic sounds, buttons and electronic equipment. He also has a very appealing Facebook presence, and when writing and spreading his optimistic vibes on social media it’s always in CAPITAL. Love it.

We bumped into First Hate this summer, when they played a support gig for their Danish colleagues Communions at a small underground show at Acud in Berlin. As they were surprisingly convincing, and as we are always on the hunt for new discoveries, we decided instantly to book this no-name band for Our/Berlin Music Week in September 2014. This turned out to be the right choice, as Joakim and Anton brought the exact black rhythm to the table. They still need some time, but we have the biggest hopes for this band in 2015!

This earth-bound, mild girl from Sweden released her debut album ‘Night’ back in April, and from her Berlin Apartment she is already working towards releasing the follower. Since a very young age Adna has known, that she wanted to be a musician, and this persistence shines through in her music. While being soft, heartfelt and melancholic her songs are at the same time determined and solid. Solid like an old tree in the middle of a dark, Swedish forest.  That’s why she had to take this second place, yes.

It was clearly the year for Seinabo Sey. Magnus Lidehäll, who produced Veronica Maggio’s No. 1 album, took on Seinabo and recorded her solo debut single ‘Younger’ in the end of 2013. After that things just went BOOM. ‘Younger’ became a huge international hit with more than 4 million streamings. The follow-up singles ‘Hard Time’ and ‘Pistols At Dawn’ just confirmed Seinabo’s talent and potential. As her importance for the Swedish pop industry seems to be outstanding, Seinabo Sey will be one of the five chosen artists (such as Robyn, Max Martin, Avicii and First Aid Kit) who will be printed on Swedish stamps from 2015 on. I think we can all agree, that it couldn’t go better for a musician. 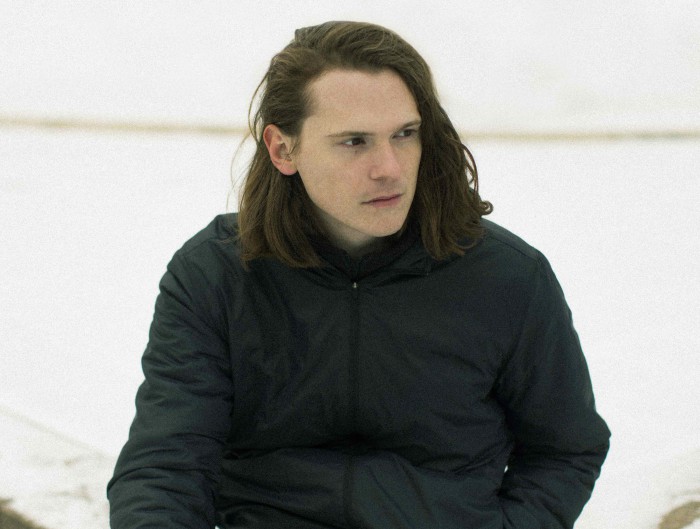