The Ja Ja Ja Berlin *Christmas Special* with Truls, Sekuoia and Noah Kin should in my opinion rather be called *Nordic Males 2014 Special*, ’cause the line-up contains three of 2014’s greatest Nordic male exports, and we want to introduce you to Finnish Noah Kin in a little interview, where he tells us about 5 of his own songs, that would suit 5 very different situations:

1. Showering in the morning

I believe feeling good about yourself starts within, but also being able to present yourself as you are to others. Not saying they should watch you shower, but being naked leaves you vulnerable to a lot of stuff, but that’s when you have to accept it and just say “this is me”. Later you can move on to singing “now that you see me” while you’re in the shower when you’re really feeling yourself, haha!

2. The last 5 dreadful minutes of a run

When the running is right about to kill you, you kick into next gear on the never-ending Fast & Furious transmission, flick on 822 from your iPod and kill the run! “I AM A FUCKING BEAST!”

I have a thing for throwing yourself out there and just hoping you don’t crash, just hope people catch you. You Never Asked has that feeling and I think it has an appealing vibe that draws you closer to the person you’re having this candlelight dinner with.

4. The first warm day of spring

The first warm day of spring feels like you’re waking up from cryosleep and feel like you’ve never been so alive. It creeps up on you through the sun rays that shine into your eyes in the morning and just get you to jump out of bed super excited to not wear a jacket for the first time in 6 months.

Personally, I like matching the music I listen to with the weather and the mood of the day in general. So if it’s stormy, let’s be stormy! Let’s rebel through the heavy overcast and ride the lightning. Don’t ask. 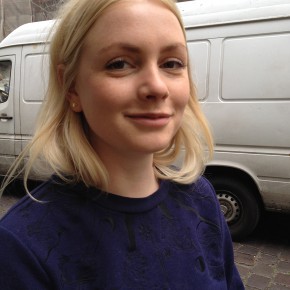 Lone
Lone has been a part of the Nordic by Nature crew for some months now, she is a student from Denmark, who is living in Berlin. When she's not busy surfing the waves of Soundcloud, providing you with lists of new artists, and visiting Festivals, she is sitting her ass flat at the office spreading the word about Berlin Midsommar Festival(you should seriously come, it's gonna be like Christmas, your moms birthday and graduation in one day!!).