Every Friday we select the best new tracks and videos from all around Scandinavia and present our editorial picks in the New Music Weekly series. This week we are featuring new Nordic releases from Jada, LALUME, Sigrid, Flora Cash, Tuvaband, Eldoradio, Molly Sandén, Brynäs and ELIONA.

Not long ago Jada released her first single „Keep Cool“ and gained international support by tastemakers like Highsnobiety, Complex and BBC Radio 1. Now the Danish newcomer released her second single called ‘Sure’ - keep an eye out for this female singer: She’s about to have her breakthrough.

‘Storms’ is the brooding, synth-lead gem from Berlin-based Norwegian/Australia duo Lalume. With Auri’s family background in classical music, and Ola’s in production gear and vintage synthesisers, the two create a patchwork of styles and eras, weaving classical vocals, poetry and mythological elements into electronic beats and catchy synth-pop melodies.

The last few months have been an exciting ride for the 21 year old pop sensation from Norway. Performing on Later with Jools, Late Night with James Cordon, Glastonbury Festival and at the 2017 Nobel Peace Prize Conference. With the beautifully poignant I Don’t Want to Know, Sigrid is, once again, showing us that this year will get even crazier for her.

The melancholic duo returns with their new single ’18 Dollars’ and create a beautiful symbiosis between the soft guitar sounds and the bass and trumpet harmonies. Just like Shpresa’s and Cole’s vocals perfectly complement each other to express their mixed feelings on a romantic relationship’s ending. Moments of doubt, rage and moments of pain make up the backbone of Flora Cash’s music. We are, once again, enchanted.

Tuva’s chilling and gritty vocals and soft guitar harmonies immediately capture our whole attention and send sweet shivers down our spines. ‚Horses‘ gives us a taste of how her new album will sound. We are eager to hear more.

„Do you long for a sense of community and integrity? Do you struggle finding a meaning behind your existence? Being young in these times can be difficult, sometimes it’s just easier to shake off your frustration to the beat of this track.“ - Eldoradio

A dark and infectious downbeat and subtle melody lines. Molly’s third album „Större“ will be released at the end of this month.

Swedish siblings duo Brynäs take us on a trip to Timmermansgatan street in the dark and cold city of Gävle in the Swedish North Country. The vocal fragments and atmospheric sounds will elevate you into a different dimension. And just wait for the harmonica. 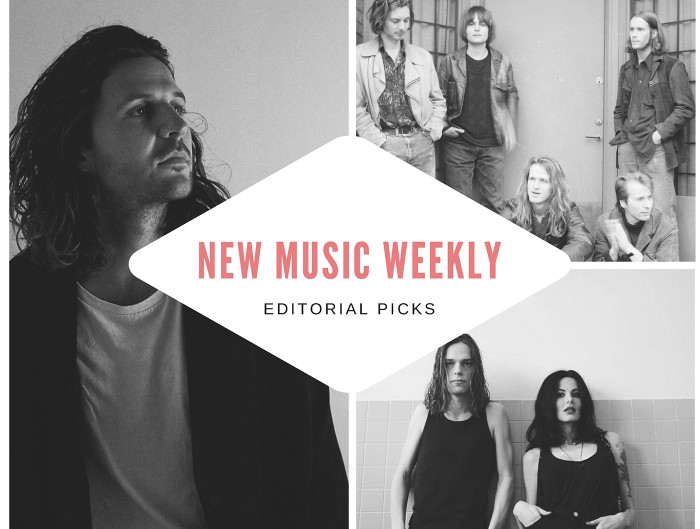