After a successful return from the summer break and the 7th sold out show in a row, we can’t wait to go back to FluxBau again on October 8th to discover more fresh Nordic talents. The latest Ja Ja Ja edition features new Norwegian pop sensation Astrid S, Danish synth pop duo First Hate and Finnish chanteuse Manna. Tickets are available on Ja Ja Ja’s page. Additionally you can register yourself as a Ja Ja Ja-member and get a lovely discount on the entry. And remember – the last events have been sold out, so better hurry up and save your ticket!

Astrid  S
She is making waves as a performing artist, singer and songwriter after releasing her debut single ‘2AM’, which has already reached double platinum status and soared on the Top 10 radio charts in Norway. With a dance remix of ‘2AM’ by Norwegian producer Matoma reaching nearly 7 million Spotify streams, Astrid was recently named a Spotlight artist and One To Watch 2015 by Spotify Norway.

First Hate
The synth pop duo from Copenhagen (consisting of Anton Falck Gansted and Joakim Norgaard) combines lo-fi synthetically programmed melodies and drum beats fused with live keyboard recordings and Gansted’s deep reverb drained vocals. In September 2014, the band released their self titled debut EP and have recently toured with the two established Danish acts Trentemøller and Iceage. The two guys are describing their own music as ‘Snake Rythm’. Curious? You will find out at FluxBau!

“Equal parts Eurodance and ambient folk – you could probably call it pop but that wouldn’t really be doing it justice. Let’s just say that they’re great.” - VICE

Manna
The Finnish chanteuse effortlessly combines musical elements from different decades and creates a unique, experimental and powerful sound. Muse selected Manna to support the band in Finland and she was personally chosen by Melissa Auf Der Maur to be her main support on her Scandinavian tour.

“Her stage presence makes her shine. She’s got the kind of star power that makes me feel like a sleazy record executive that actually says things like ‘star power’ ” - The Fader 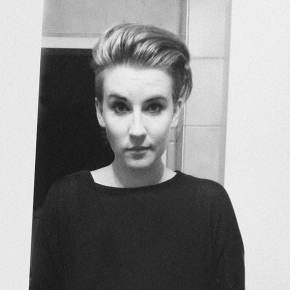 Simone
Who do we’ve got here? It’s Simone, one of the newest additions to the Nordic By Nature Team. As a part-time dj and full-time music lover she’s always on the hunt for the freshest tunes. Always! Even at night, ’cause that’s what nightowls do! Favourite genres: Synthie Pop, Future Beats & Hip Hop! Interview: If Axel Flóvent’s music was a movie soundtrack
September 7, 2015