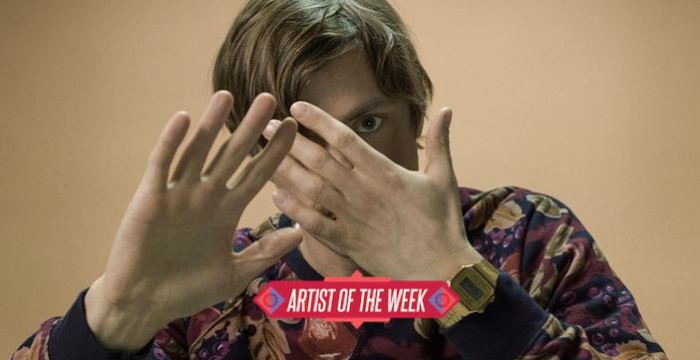 It’s been quite a while since his last album ‘Over and Over’ was released. 6 years to be precise. Now the Swede is back: Johan Angergård a.k.a. The Legends. He started out with a band but lately he is doing everything solo. His latest album ‘It’s Love’ will be released on the 30th of June. It’s a very personal album for which he recorded tracks to deal with relationships and the birth of his daughter.

You can listen to his album here on our AOTW Spotify Playlist (will be released on June 30th). Also, don’t forget to step by our nordic_by_nature instagram to see what Mr. Angergård is up to. As usual, we have asked our Artist of the Week five extreme questions and here are his five extreme answers:

1. Explain the evolution of The Legends in 5 words?
My sentimental heart has softened.

2. What song would you love to have written?
It would have some financial benefits to have written ”Happy birthday to you”, but I’d be a lot more proud of ”I know it’s over” by The Smiths.

4. Following up on the movie thread! If you could be any character from a movie for one whole day, who would you be and what would you do?
Someone who could fly. Superman or Peter Pan. Then I’d be flying all day. Or just any girl and then I’d have sex with myself.

5. What question would you like to ask next week’s Artist of the Week?
When did you first realize you were in love with me?

This is Emelie, spelled with many E:s. She is a music & event management student from Sweden that couldn't help herself but just had to move to Berlin and join us here at Nordic By Nature. If she gets to choose the music, it will probably be: Swedish Hiphop, Indie, and old 70-80's Rock. She loves elephants, coffee, chips and hats

Our Album Of The Week is…

It's Love by The Legends A new album every week. Follow the playlist!