“Ruby Empress fear algorithms.” This is how the press text of the Swedish band Ruby Empress starts off – a claim that signals both vulnerability (because it literally exposes inner fears) and strength (because it takes guts to do that). These are the qualities that also translate into Ruby’s music: it can be vulnerably sensual and dreamy, but also piercing, daring, cheeky.

Following the success of their gone-viral single “Deluca” in 2016 and the debut EP “Empressionism” last year, the twenty-something Gothenburgians are well set to continue their musical journey. “Mind Games Sessions” is the name of their most recent endeavour: it is more than your traditional EP release, but rather an adventurous audiovisual experiment undertaken together with a bunch of creative collaborators. We had a chat with Tom (lead singer) and Axel (synths and vocals) about what went into making “Mind Games”, how to fight algorithmization and global conformity, and – as a bonus – about their guilty pleasures.

NBN: To be honest: Algorithms freak all of us out, at least a bit. What do you do in order not to become an algorithm? Is that even possible these days?
Ruby Empress: Good point, it´s hard but you could always:
* Be cautious to automated reasoning
* Learn from history
* and employ a degree of randomness as a part of your logic
That would be our algorithm not to become one!

NBN: Let’s play devil’s advocate: Don’t you think that algorithms are actually beneficial for emerging artists? Aren’t algorithm-produced playlists like Spotify’s “Discover Weekly” an excellent opportunity for newcomers to get noticed?
Ruby Empress: Yes, Discover Weekly would be the uncanny exception, we use it too. Even though we see it more problematic with algorithms in arts as a whole, how in order to be seen and heard you have to follow certain formats etc. And we do find it scary to hear about those new computer-based hit songs some are working on, maybe we should just get one of our own, feed it with LSD and take it to the next level.

NBN: In your opinion, what distinguishes genuine, original art from generic pseudo-art? Is there a rule of thumb or a set of principles that you personally stick to?
Ruby Empress (Tom): Good question! Hmm I feel pseudo-reality is more real to us in the western world than anything else today, so it’s hard to talk about words as genuine, fake, normal, special. I don’t like rules, they tend to make people-auto pilot their way through life, I guess that is a rule though, not to have any, and that´s a cliché, snap. In a world where there’s an app for every technical skill you might need, I think it´s the thought/emotions behind the work that you can value. But the tricky part is that there are rules for how these thoughts are valued, made up and self-confirmed by dusty old men with great beards. I think in the end you should just trust your own taste and if you resonate with something, then it´s fine, then it’s genuine to you.

NBN: You guys are Swedish, but there’s this very palpable French flair in your music and your whole image. What’s your story or your connection with France, French music, and arts scene?
Ruby Empress: Our career started out with a French label and a lot of French influences old as new. We like how they value art as an important part of their culture, which differs from Sweden in how you’re treated/looked upon as a small artist. The appreciation and overall encouraging atmosphere were evident to us the first time we came to Paris as 17-year old disco punks, we fell in love.

NBN: So, of course, you write your own songs, but you are also involved in a lot of other creative work around your music, like artwork and film. What was your thought behind releasing something as multifaceted as the Mind Games Sessions“? And what makes it a musical adventure?
Ruby Empress (Tom): We always thought of Ruby as a world that can be presented through different mediums. Mind Games Sessions started with a subject I wanted to write about. The tragic life story of Warhol Superstar Andrea Feldman was a suiting historical context. Musically we thought of it a soundtrack to her exploring the glamour and decadence of the factory, losing touch of reality, and eventually drifting into darkness, out of reach, alone with the demons of her mind. Based on personal experiences It was my way of trying to write about something such as complex as mental illness, which felt scaringly relevant today in the light of what happened to Tim Berglin (Avicii).

NBN: Do you like playing Mind Games?
Ruby Empress (Axel): The unaltered reality is enough only for children and old people. Between the ages of 12 and 71, all people search for meaning and kicks. yes.

NBN: Your album will be released this year and it’s called “Festina Lente”, an ancient saying that means something like „make haste more slowly“. Why did you choose this the name? What are you referring to?
Ruby Empress: We want to make music for forever and add something relevant to the painting everyone has been collectively working on throughout history. First, you need time to find out where to begin and then it takes even longer to know what’s necessary to add. You can never be 100% sure, we know we’re not there yet, but I think we’re getting closer, little by little each day. Festina Lente means Make Haste Slowly which describes our process, and reminds us that we have to make music at our own paste in order for it to stay true and develop naturally.

NBN: Do you feel like strangers in a global conformity? And what is your message to other folks who don’t fit right in?
Ruby Empress: Most people feel misunderstood sometimes, we want to write songs that make lost people feel found. It’s not so much about us as it’s about human species as a whole. We feel that we’re part of a generation ready to break free from outdated norms that make everyone suffer, consciously or unconsciously, young as old. The Ideals of what it means to “be a man” and the devastating societal consequences it brings is one of these social constructions we’re ready to abandon for good.

NBN: What are your favorite guilty pleasures?
Ruby Empress (Axel): The ones that are still unspoiled by commercial revivals. Right now we listen to a lot of 90’s rock. Sometimes you discover great melodies at unexpected places, the chorus of Stacey’s Mom is one example. 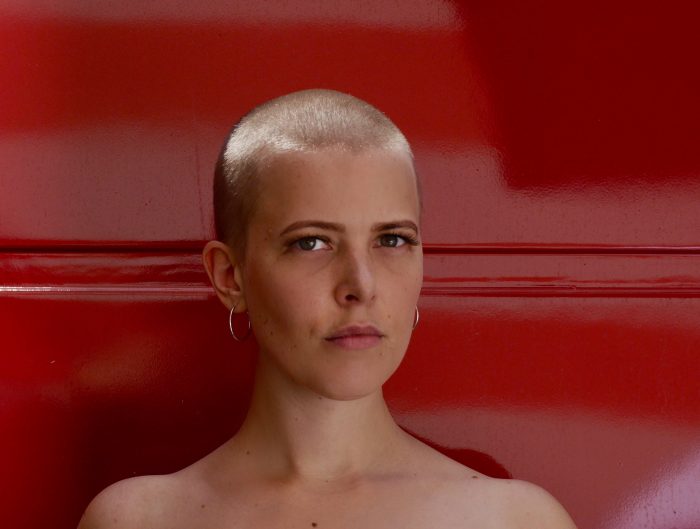